Sleeping under the stars 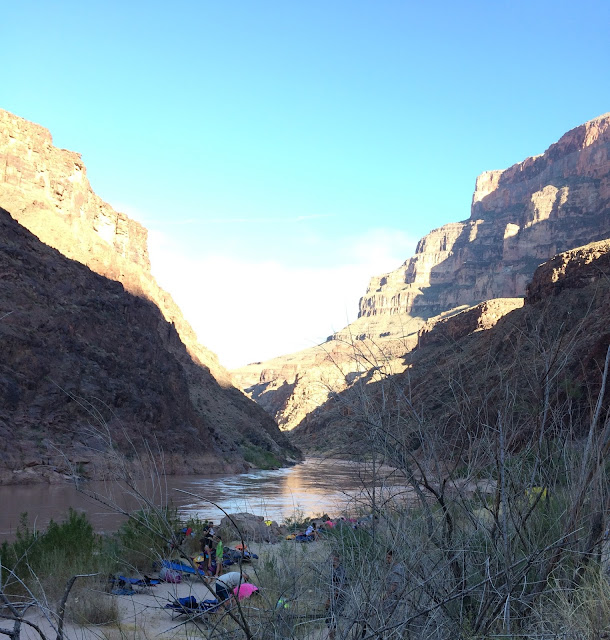 After dinner, we all quieted down and made our way to our individual camp sites where we stretched out on our cot to take in the night sky.  Dusk would fall and one by one the stars would come out. 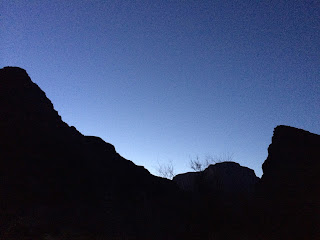 First to be noticed was Saturn, then the Big Dipper and the North Star.  As it got darker the layers seemed to unfold and revealed themselves until the stars stretched to infinity and The Milky Way looked like you could reach out and touch it.  I have never seen a night sky like this before and I was in awe…. 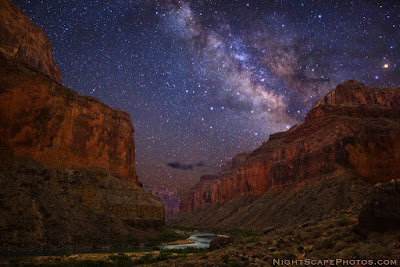 The next morning everyone was talking about the amazing night sky, so many shooting star!! I apparently fell asleep quickly and missed the show!   So on the second night, I stared into the heavens waiting… and waiting... I saw countless satellites scoot across their orbit, and jets carrying people to other places, but no shooting star and again, I fell sound asleep.  But sometime in the middle of the night, I opened my eyes and bright across the sky, there it was!!  A shooting star, just for me!   I smiled and said out loud,
Thank you God!

During these days on the river I was in awe of creation, but that shooting star reminded me to think of the Creator.  And Praise Him, and thank Him… for the night sky and the shooting star, for the majesty of the Grand Canyon for this precious time with my daughter…for all of Creation in all of
it's perfection.   I am humbled and privileged to be a part of it.

Isaiah 40:26
Lift up your eyes on high and see: who created these? He who brings out their host by number, calling them all by name, by the greatness of his might, and because He is strong in power not one is missing.